Paris in the present tense 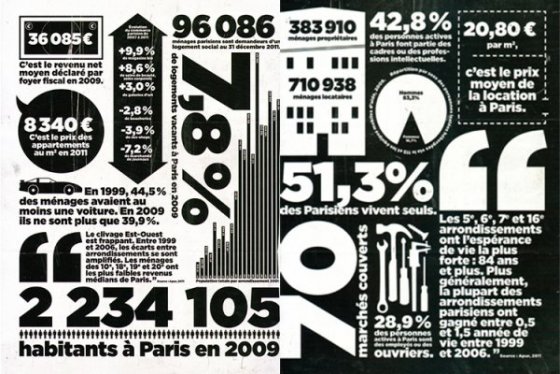 Here are some figures that change of usual statistics on the number of tourists in Paris and the world-wide reputation of our gastronomy, because yes, we are aware: Paris is the most visited city in the world and our wine and our cheese are known to the other side of the planet!

Just’in Paris having precisely the ambition to show Paris beyond the stereotypes, I’m happy to share with you this article cut from "Le Monde" magazine, published about a month ago, which reveals a Paris different.

I hope it will amuse you as much as me, at least it will answer some interesting questions that you probably ask yourself: What is it like living in Paris today? Who are the Parisians? What does the city look like beyond its famous sights?

PS: If I have piqued your curiosity at the beginning of this article, here’s how to satisfy it: every year, Paris welcomes more than 27 million tourists, including 15 million foreigners. This represents more than 12 times the population of Paris (figure that you’ll find on this clipping... the circle is complete ;)!

Some translations for you :

36 085€ is the reported average net income per household

The 15th, 18th and 20th districts are the most habited neighbourhoods

The east-west divide is striking. Between 1999 and 2006, the gaps are magnified. Households in the 10th, 18th, 19th and 20th districts have the lowest median income of Paris

42,8% of working people in Paris are chief executives or have intellectual professions.

Read my story in the March edition of Cosmopolitan magazine "They created their dream job These 5 girls have something in common : They are happy to wake up in the morning and go work" Thank you Chloé Plancoulaine for this interview. So proud (...)

Justine, your "Parisian Holiday Planner" has wandered into the 7 differences game. Discover a typical Parisian brasserie while having fun! Will you find the 7 details that differ from one photo to another? ;) Photo © Anne-Catherine Le (...)